We are DS Sports Ventures

Kevin Davidson or “K.D.” as he is affectionately known, is the CEO of Orlando-based DS Sports Ventures, LLC. DS Sports Ventures was originally founded in 2017 as a software and technology-based company during the incubation period of KD’s vision, Baseball Cloud, LLC. In a short period of time, DSSV has quickly morphed into a baseball-based private equity conglomerate garnering national attention by swiftly acquiring and now managing several of the nation’s largest and most influential baseball businesses and product lines.
Baseball Cloud was born from a goal to change the way data is viewed, processed, and utilized by providing players, coaches, trainers, and scouts a platform to access data in a centralized and resourceful location. Educating the sports market on how data can revolutionize talent and performance is the foundation for creating this groundbreaking software. Over 60 major colleges in the United States have implemented the technology that DS Sports Ventures and Baseball Cloud are responsible for developing, with demand growing daily.
KD is a graduate of Rollins College (’02) and spent the better of 7 seasons in the Houston Astro’s organization as a catcher. He played as high as AAA and was the 2003 Astros Minor League Player of the Year. KD was always known as a tenacious competitor with an unparalleled aptitude for the game he has dedicated his life to.
When an injury cut his career short in 2007, it is no surprise that KD took the transition into corporate America in stride, as he embarked on a new career as a financial advisor. KD used his competitive nature, sharp communication skills, and networking ability to quickly build a book of business that boasted some of the biggest stars in Major League Baseball.
KD eventually made his way back to the diamond, but this time as a manager in the Florida Collegiate Summer League, of which he is now the Chairman of the Board. After winning the last of 3 League Championships, setting the record for wins in a season, and becoming the winningest manager in league history, he decided to retire to focus his energy and effort on building DS Sports Ventures.
It was a reluctant, but a happy end to a decorated coaching career that spanned 9 seasons and saw over 70 of his former players go on to sign professional contracts, many of which are still playing today.
KD has been recognized and honored by being named to “Orlando’s Top 40 under 40” business people and helped raise over seven million dollars for local charities. KD’s mark on the game of baseball in the state of Florida is undeniable, and has quickly expanded to a national footprint as he leads DS Sports Ventures to the forefront of the data revolution in baseball.

Joseph Sleiman is the President of DS Sports Ventures, LLC, (DSSV). While in retirement, Sleiman became involved in the baseball world, his ultimate passion. He opened up an instruction, training, and practice facility called H3. He would also sponsor tournaments, teams, and several charities throughout several years of raising his 3 boys. It’s at H3 where he would meet and befriend Kevin Davidson, beginning their journey deeper into baseball and ultimately starting DSSV together.

Joseph has a decorated entrepreneurial background, which spans over 40 years. He has held several board positions from museums to retail companies and is still currently involved in operating multiple companies. He enjoys being an avid investor in companies that share his vision.

Another love of Sleiman’s was the billboard Industry, which moved him to Orlando from Jacksonville in the 1980s. His collection of successful billboard companies included Dolphin Outdoor, International Outdoor, Gator Outdoor, and Shomee Outdoor. Gator Outdoor was the largest independent outdoor company in the Southeast region of the U.S. It was sold in 1998 to Outdoor Systems and Sleiman made history having been paid the 2nd highest multiple ever in the sign industry.

Continuing with his entrepreneurial spirit, he founded Commercial Brokers of American 30 years ago, which is currently operating with over 1 billion dollars in sales and purchases to date.

Sleiman is the Co-Founder and managing partner of Sleiman Enterprises which was started in Jacksonville, Florida in 1973. Today, Sleiman Enterprises is the 3rd largest retail developer in the state of Florida with over 6 million commercial square feet of retail space. Currently, he is involved in day-to-day decision-making involving leasing, development, and acquisitions.

He attended the University of Florida where his business and operating ventures began by starting the first sidewalk florist. Upon finishing college and moving back to Jacksonville, he owned and operated the Ramada Inn, Jacksonville Beach. The hotel became voted the No. 1 Resort Hotel in North Florida for 5 years in a row.

Sleiman was born and raised in Jacksonville, Florida. He is married to Paula Sleiman and has 3 sons, Joseph Jr., William, and Alexander.

Ann Marie Cross-Codron, is the COO at DS Sports Ventures (DSSV). She has been with the company since conception and takes extreme pride in what this team has been built thus far and is excited about the exponential growth that has taken form.
As COO of DSSV, Ann works directly with our CEO on the details of all acquisitions, mergers and growth. She works hand in hand with our CFO on company finances and oversees staff to ensure event operations are running smoothly. She prides herself in fully understanding each company that is added to the DSSV portfolio. Ann strives to create a relationship with each team member in order to understand how she can help people not only excel at their job but enjoy it at the same time.
Her passion for baseball comes from her Father, a die-hard old-school Cleveland Indians fan. Although she comes from a family of 5 brothers, she was the only baseball fan and that provided a lifetime of memories. Being an Indians fan those memories include a range of said emotions.
Prior to her entrance at DSSV, Ann and her husband founded and operated Elite Signs and Graphics since 2008. She ran a successful print house and graphic design company with a team of exceptionally talented people. While there she found great joy in the management process and creative aspects within her space. The business is still thriving today, now being solely run by her husband.
Ann is married to her best friend; Anthony and they have 5 beautiful children ranging from college to diapers. She comes from a large Italian family, so cooking is an enjoyed pastime along with spending as much time as possible with her beautiful family.

William “Willie” Sleiman heads up business operations and strategic initiatives at DSSV. His current role includes the management, oversight, and advancement of the company’s short and long-term goals across its numerous subsidiaries, as well as the timely execution of companywide objectives. Under William’s leadership, DSSV has begun to expand its footprint in leading industries including gambling, broadcasting, and virtual reality.

William is a Florida native who was born and raised in Orlando. He and his two brothers were avid fans of baseball from a young age, and their lifelong passion for the sport has only grown throughout the years. William attended Lake Highland Prep where he was mentored and coached by his future business partner Kevin Davidson.

Prior to his time at DSSV, William attended Georgetown University where he earned his degree in Political Science and Economics. Upon graduating, he worked at the White House before accepting a position at Fox News, where he assisted with newsroom operations and facilitated national coverage. William then went on to work at the U.S. Department of Commerce, where he served in a leadership position in the Office of Policy and Strategic Planning.

Rob oversee the entire baseball operations at DSSV, ensuring growth and development for every facet. He also is the President of RussMatt Baseball, the largest collegiate spring break event in the country bringing in over 370 college teams annually. His vast experience with college coaches has been built over the past 16 years. He currently serves as the Commissioner of the Florida Collegiate Summer League and is the President of the Central Florida Baseball League.

Rob is a local product who attended Lake Brantley High School. As a pitcher in 1997, he earned All-State and All-American honors, was named the Orlando Sentinel Central Florida High School Player of the Year and won a state championship. He then played baseball at Rollins College where he is top 5 in career strikeouts, and in the top 15 for wins, innings pitched, and strikeouts per 9, he also earned 1st team All-Conference and All-Region recognition in 2002. Upon graduation, he was hired as pitching coach at Rollins from 2003-2006. During his tenure as pitching coach at Rollins, they led the nation in ERA in 2004 and won the Sunshine State Conference, South Regional, and finished fourth in the NCAA DII World Series.

Kristy, a Florida Native, started working as a bookkeeper at 19. Since then, she’s worked in countless different industries fine-tuning her accounting and financial skills. Kristy understands what it takes to run a large company. Every company has benefited from Kristy’s detail-focused attention to the organizational elements that create the operational structure required to run a successful company.

Kristy also has a passion to give back to the community. While she took a break from corporate demands to raise her two daughters and son, she worked at the nonprofit Children’s Home Society utilizing her education in Psychology and Social Services. When she returned to the accounting world15 years ago, she started in the construction business; handling everything from underground utilities, hotel renovations, new construction, and Department of Defense contracts. Though she loved the construction industry she found the team dynamic in the world of sports specifically baseball and softball an interest too hard to pass up. And has been with DsSports for a year.

With her passion to help others, Kristy has focused her education in social services and psychology coupled with her AA in Biblical Ministries from Belhaven University. Kristy is an active member of her community and enjoys leading the Food Pantry and Feeding Outreach programs at her church, The Action Church. 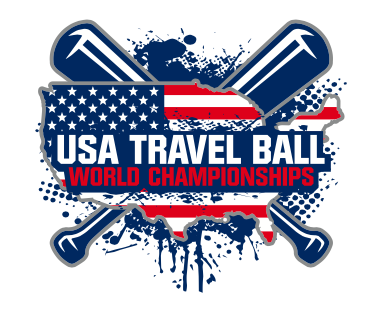 Before joining DS Sports Ventures, Eeryn worked in various industries with ownership and developers focusing on new business startups, company/individual notoriety as well as acquisitions in the Tampa, Florida area.

Eeryn is currently working from Atlanta for DS Sports Ventures and on other projects. On her free times she enjoys movies, outdoor activities, traveling, and spending time with family and friends. 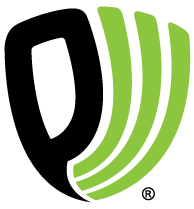 Brian Werner has served as the main point of contact between Prospect Wire and its participating teams since 2012. Brian registers all teams, organizes all schedules, and assists in the growth of PW tournaments into new regions. Brian pitched in the College World Series in 1998 with the Clemson Tigers. He was hired by George Steinbrenner to serve as the scouting coordinator for the New York Yankees for 3 years. Brian resides in Tampa, FL. 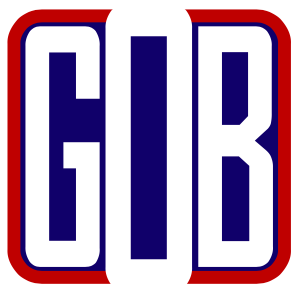 Prior to Greater Orlando Baseball, she worked for the Walt Disney World Company for 15 years in several departments including time as an Operations Training Coordinator, Operations Manager and a variety of positions as a member of the Learning and Development Team.

Jennifer holds a B.A. Degree in Hospitality Management and Business from the University of Central Florida.   She resides in Longwood, FL with her husband and 3 boys.